The Year of the UFO-finishing

I got caught up last year with several BOMs, and found myself in December with a bunch of unfinished projects.  So my New Year's resolution is to FINISH THE UFOs.  Here is my progress so far:
Assembled the KING SIZED mystery quilt project led by Kimberly Einmo.  It is at the longarmers right now.  I decided to have it quilted by cash instead of trying to wrestle a huge quilt.  I could not get it into one picture, but here is most of it. 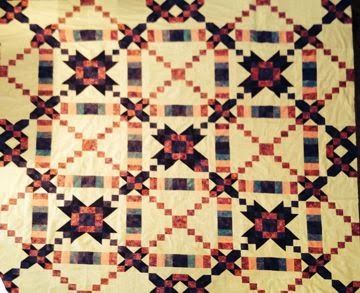 Once that was off to the longarmer, I tackled the Craftsy BOM for 2013.  I didn't like the quilt layout which was comprised of a variety of different sized blocks, all different themes, so I chose to use some of them, supplement them with other fabrics, and make a smaller quilt, saving the 18" and 20" blocks to (perhaps) make totes out of them.
I finished binding this one this morning but quilted it on a rented longarm: 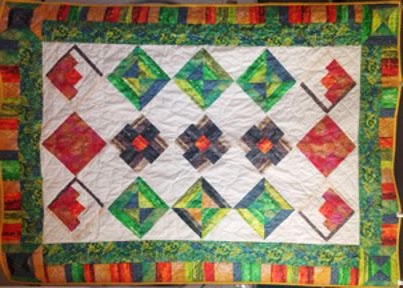 The following was supposed to be the back of the quilt above, but a friend of mine suggested that it would make a great front instead, so here it is. 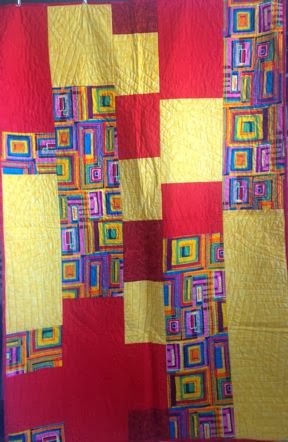 Although this next one is not finished, I prided myself on getting all 17 filler blocks done for a Carol Doak paper pieced one that I've been working on for 5 years.  Here is the filler block.  They take almost a full day each to make, so even though the quilt is not done, I do feel a sense of accomplishment in having completed 17 of them. 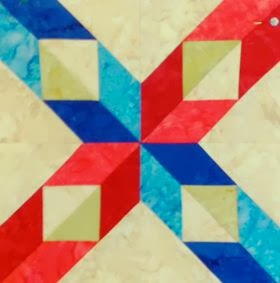 Seeing as how I've been distracted with a life-health problem, I'm pleased with how much I've gotten done.

Posted by Terry Chase FL at 3:29 PM No comments: 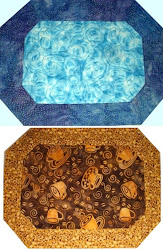